Songwriting is the worst.

It’s the most annoying part of making music.

Don’t get me wrong, it’s my absolute favorite part of being a music-maker. I want my career to involve writing songs half the day and recording them the other half.

My point is that songwriting is very difficult.

So I want to walk you through how to write a song, especially if you’re a newbie.

Write It Your Way 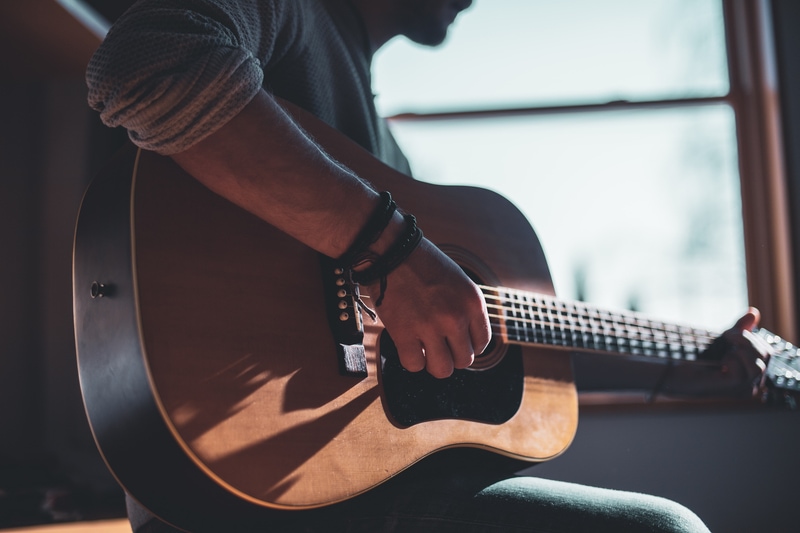 Before I talk about how to write a song, let me preface it by saying I don’t want to “should” all over you.

I don’t want to say you should write a certain way or you should never do other things.

The process I’m going to walk you through is a helpful place to start. It’s basically the way I write songs and the workflow of many songwriters.

If not, these are at least the building blocks you can start with. You may just want to reorder them to your preference.

Before You Begin: Some Songwriting Exercises

One more thing before we jump into how to write a song. I want to cover some songwriting exercises you can do on a regular basis.

You can even use them as a warmup for your songwriting session.

Just to be clear: do not plagiarize anyone’s work.

What I mean is rewrite a song in the way you would say it. It’s a helpful songwriting exercise, but you may also end up with a song you like.

Here’s how to rewrite someone’s song:

Who better to learn from than your favorite songwriters?

The next time you listen to a song or album, listen as a songwriter, not a fan. Pay attention to the song structure, how the melody flows, and the chord progression. 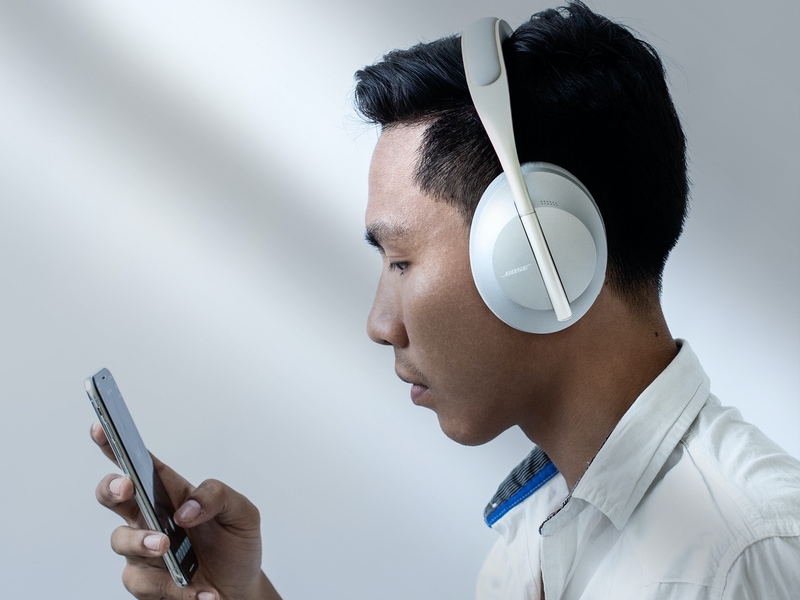 What images, stories, and metaphors do they use in the lyrics?

Are there any lines that make you feel emotional? If so, what emotions?

I suggest taking notes so you remember your takeaways.

Any time you get a melody or lyric idea, record it.

All you need is your phone. Record into your favorite voice memo app (or Evernote, my preferred songwriting tool).

Get into the habit of doing this, even if you force yourself to generate one idea a day that you can record.

It doesn’t have to be complicated. A five-second melody, a song title idea, or a bassline.

The goal is for you to get used to coming up with song ideas regularly. And you don’t want to lose those great ideas either.

Collaborate (Even If You Hate It)

You may love working solo, and that’s great. But every once in a while, collaborate with a fellow songwriter. 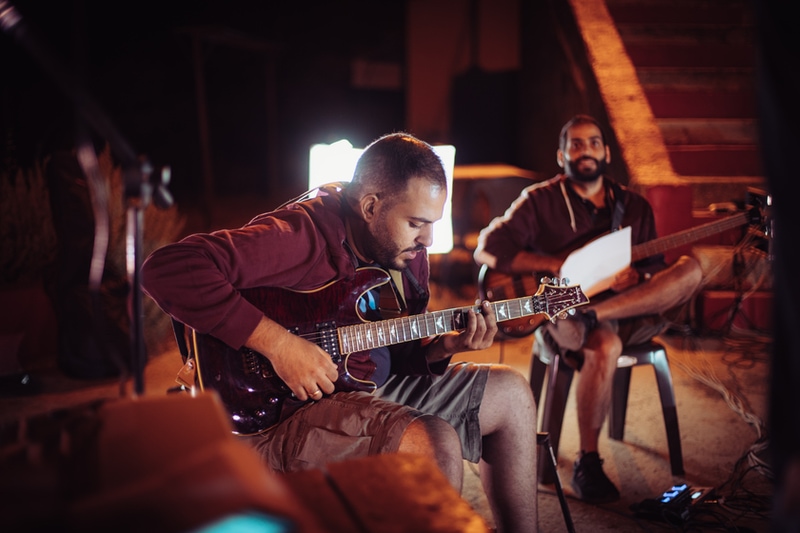 Either way, you can learn something.

When you see how someone else works, maybe you see them use a songwriting tactic you want to try on your own.

You may notice your weaknesses. Or maybe you learn your strengths.

Try to collab. It will make you a better songwriter.

Like every other songwriter out there, you may be asking…

“What do I write about? How the heck do I find inspiration?”

I’m right there with you. Songwriting is my favorite part of making music, but somehow it’s also the most frustrating.

So I have some ideas for how you can find inspiration to start your song.

Start with the Title

Once you know the title, you have a direction for your entire song.

Have you ever heard people say, “Write to your title”? That means every lyric (and even the music) speaks to the title of the song.

I once heard someone say writing a song is just saying the same thing over and over again in every line. If that’s true, then each line would be your title, just stated different ways.

Write Over a Beat

If you like starting with the music, you may find it helpful to write on top of a beat. 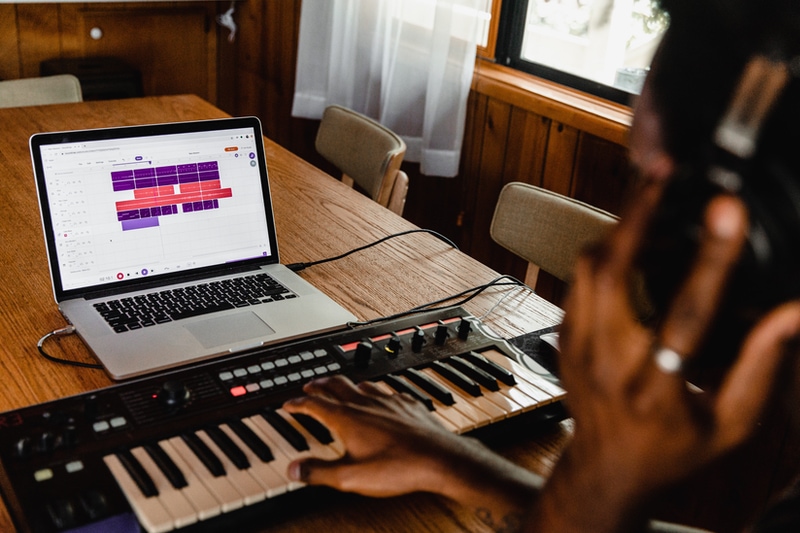 The idea is pretty simple.

Create a beat in your digital audio workstation. Then start singing gibberish lyrics until an interesting phrase pops out.

Let the feel of the beat guide the emotion of the lyrics.

Songwriting prompts are one of my favorite songwriting tools. They basically tell you where to start.

Whether you’ve got writer’s block or you just want a challenge, songwriting prompts can really get those creative muscles going.

Next, you have to choose which key you’ll be in.

You have to know what chords you can work with. And that will tell you what notes can be in your melody.

Think about how the music relates to the lyrics.

If the topic is more on the sad side, you could use a minor key. Or you could surprise people and use a major key and make the music more upbeat.

The main thing is how the key feels. You want the key’s mood to match your song.

One very important aspect of songwriting is structure. It’s tempting to just “go with the flow, dude.”

But if your song isn’t structured, the emotional impact will suffer. For both you and the listener.

I had to outline this blog post before I wrote it. That’s how you can write your next song.

As you’re deciding what to include in each section of your song, ask yourself this question. “What questions do I have when I see my song title?”

Then you can answer those questions in the verses.

Check out our in-depth look at song structures.

Step 4: Settle on a Melody

Now that you’ve structured your song, it’s time to settle on a melody.

I suggest writing the melody based on the lyrics. The melody should flow with the rhythm of the words and vice versa.

This is why I often write the lyrics and melody simultaneously.

I usually sing nonsense words until I have the lyric phrasing and melody. Then I fit the lyrics into the melody.

This marries the lyrics and melody perfectly.

Keeping the lyrics and melody complementary is crucial. Especially during the important parts of the song, like the chorus.

Let’s say you’re singing about something heartbreaking. Take the melody into your upper register so you can scream-sing it.

If your lyrics get depressing, bring the melody up into your falsetto or way down to your lower register. So you’re almost talking the lyrics in a hushed tone.

You get the idea.

Also, repetition is a tool you need to use in your songs. Patterns of repetition are effective too.

Take the Beatles’ “Here Comes The Sun” as an example.

The bolded words below have the same melody. The italicized words have slightly different melodies.

Little darling, it feels like years since it’s been here

This repeats enough that the listener becomes familiar with the song. But it varies enough that it stays interesting.

You also need to consider your transitions. When you move from verse to chorus or pre-chorus to chorus, the melody has to flow to the next section.

For example, what if your chorus melody is big and epic but your verse melody is more laid-back? You need the pre-chorus or the last line of the verse to move upward to meet the chorus melody. 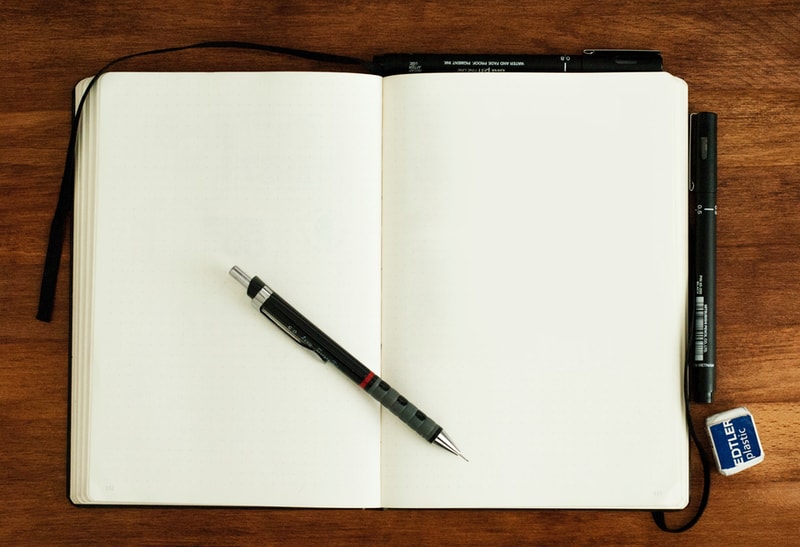 You may prefer to write the lyrics first, and that’s fine.

Either way, write to your title. Every line should speak to your song title in some way.

So ask yourself, “How does this lyric relate to the main message of the song?”

When I’m writing lyrics, I use something I call stream-of-consciousness writing. It’s also called free writing.

It’s a fantastic warmup exercise and one that can loosen ideas stuck in your brain.

Here’s what I do:

I don’t edit myself. I dump whatever comes into my head onto the page.

Lots of it will be garbled language.

But after just five minutes, I can often find a phrase in there that I’ll put in the song. Or it will at least spark another idea.

Whether or not you try this, it’s important to follow the song structure you set up a few steps ago. Stick to your outline.

Your internal writer and internal editor are two separate characters.

You can’t let them be in the same room at the same time. They will fight, and you will get nothing done.

So I recommend you allow at least a day to pass before you edit your song. And this is for the lyrics, melody, and music.

This might be the most difficult part of songwriting. It’s hard to finish a song, especially when it doesn’t meet your definition of great.

Ed Sheeran is known for writing a ton of songs, and he’s had several international hits. He said he would write “a song a day or two songs a day or five songs a day.”

“You view [songwriting] as a dirty tap,” he says. “When you switch a dirty tap out, it’s gonna flow sh*t water out for a substantial amount of time — and then clean water is going to start flowing.”

It’s all about getting the not-great songs out of your system to make way for the great songs.

That’s why you need to finish your song. Even if you’re unhappy with it, finish it and move onto the next one.

You can even steal the best parts of your finished-but-not-great songs for your newer-and-better songs.

You sort of mix and match the best parts of different songs for an ultimate, really good song. I’ve stolen from my past self many times.

If you’ve finished a song you think is at least okay, record a demo of it. You can even just record yourself playing the song straight through on your phone.

Why? Because you can revisit it later.

Right after you finish a song, you may think it’s terrible. But the more time passes, the more objective you become.

You might come back to the recording next month or next year and realize it’s actually a great song. And if you want to record it professionally, you have a rough demo to work off of.

How to Know If Your Song Is Ready

Ready to record the song to professional standards? The producing stage will be much more efficient if your songwriting can stand on its own.

When you play the song with just your voice and an instrument, does the emotion still come through?

Would it move people in that context? And most importantly, does it move you?

If yes, then your song is finished.