With tons of confusing knobs and menus, it’s hard to know where to start.

But with a little practice it’s super easy! This guide to Evoc20 will show you how to use the vocoder in Logic Pro X

But if you just want to learn about Logic Pro’s Vocoder specifically, keep reading.

A vocoder is a synthesizer that’s used to affect audio recordings. You can make something sound much more digital by running it through a vocoder.

Daft Punk makes great use of the vocoder across their whole discography. You can hear it on their song “Digital Love,” for example.

Let’s be honest, Logic Pro’s vocoder isn’t exactly user friendly. With tons of confusing knobs and menus, it’s hard to know where to start. But with a little practice it’s super easy! This guide to Evoc20 will show you how to use the vocoder in Logic Pro X But if you just want to learn about Logic P

The most common use is on vocals, but any sound is fair game. The only limit is your imagination!

How to Use Logic’s Vocoder 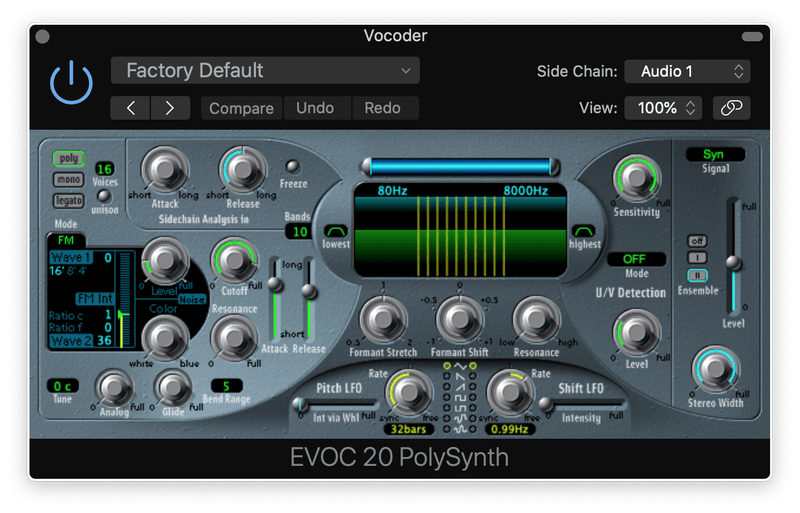 Setting up Logic’s vocoder can be tricky at first. Here’s how you do it.

You’ll need an audio track that you want to affect.

Then create a software instrument and select the EVOC Vocoder as its instrument.

Don’t just throw EVOC on the audio track as a plugin. It won’t work that way!

It has to be on a separate instrument track.

In the upper right corner is a Sidechain menu. This is how you send the audio to the vocoder.

We’re almost done. We need to tell EVOC what kind of output we want to hear.

Set the Signal to Voc. This means we’ll hear the vocoder output.

Finally, you may want to turn off the output of the original recording. Unless you want to hear the non-vocoded sound, make sure you switch the audio channel to No Output.

Hit play and start jamming along! You should hear a digitized version of the recording jumping across the keys.

Once you’ve got your vocoder set up, it’s time to fine-tune the way it sounds.

The Settings on Logic’s Vocoder

EVOC has all of the same settings most vocoders have.

There’s no right or wrong answer for how you should set these. It all depends on your own preferences.

You can set the number of frequency bands the vocoder’s filter is broken up into.

By increasing the number of bands, it’ll be easier to hear the original sound.

If you’re using vocals, the words will be more intelligible. But the tone will sound thinner.

By decreasing the bands, it’ll be harder to pick out the original audio. But the tone will be thicker.

Formants are complicated. Without going into all the science behind them, they shape the tone of your voice.

With a formant shifter, you can change the tone.

By turning it down, you can make your vocoder sound really deep and bassy without actually affecting the pitch. Turning it up will create a much higher, chipmunk sound. 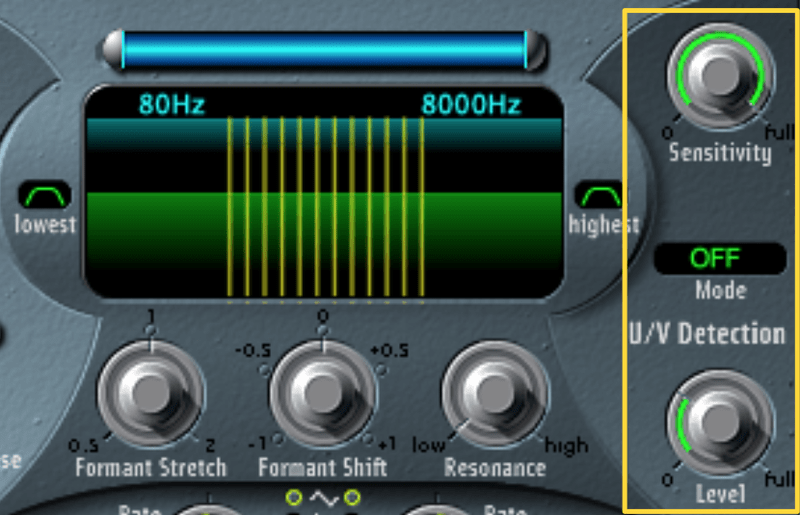 These are sounds that are created by our lips instead of our vocal chords. Plosives and sibilants are some of the most common examples.

By default, vocoders have trouble picking these up. Which is why U/V detection is there.

There are a couple of different U/V options. “Noise” uses noise to recreate these unvoiced sounds, while “Blend” combines noise and the original unvoiced sounds.

You can also set the sensitivity. As you’d imagine, this changes how sensitive the vocoder is to potential unvoiced sounds.

You’ll have to tune this for each and every sound. Though the default setting is usually pretty solid.

Sensitivity doesn’t do anything when using the Blend setting.

Just like any other synth, vocoders have oscillators. EVOC has two regular oscillators and a noise oscillator. 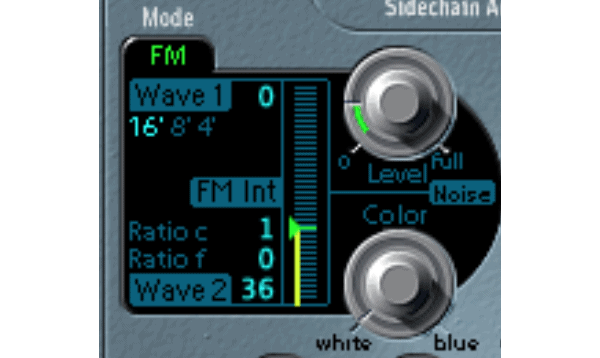 Usually blending the two regular octaves together is best. This results in a thicker sound.

If you want the vocals to be more intelligible, try turning up the noise oscillator. By mixing it in subtly, you can make the original sound cut.

You can set the vocoder to mono- or polyphonic.

Monophonic means it’ll only play one note at a time. Polyphonic will let you play multiple notes at a time. 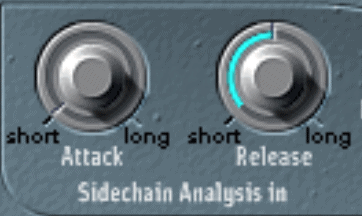 Attack changes how quickly the sound reaches its full volume. While release affects how long it takes for the sound to reach complete silence.

The first changes the attack and release of the incoming audio. If you want to hear the full sound, set the attack fast and the release slow.

EVOC comes with two LFOs. The first is assigned to the pitch, while the second is applied to the formant shifter.

The shift LFO is the real MVP here. It causes the formant to shift over time.

This can make your sound evolve over time in a really fascinating way.

I like to dial it in with a slow rate, so the listener just barely picks up on the rising and falling tone.

The pitch LFO can be useful with light depth settings. This creates a vibrato effect.

Dial it up too high and it’ll sound super atonal and experimental.

As you can imagine, vocals are the most popular uses for vocoders. But you can use EVOC on other sounds as well.

Here are a few ideas to help you think outside the box with your vocoder.

A classic way to use vocoders is for samples. It’s a great way to put your own spin on someone else’s recording.

Check out how J Dilla uses one on the hook for “E=MC2.”

Let’s be honest, Logic Pro’s vocoder isn’t exactly user friendly. With tons of confusing knobs and menus, it’s hard to know where to start. But with a little practice it’s super easy! This guide to Evoc20 will show you how to use the vocoder in Logic Pro X But if you just want to learn about Logic P

You don’t have to use them just on vocal samples though. If you’re flipping a sample and you want to differentiate it from the original, consider using a vocoder. 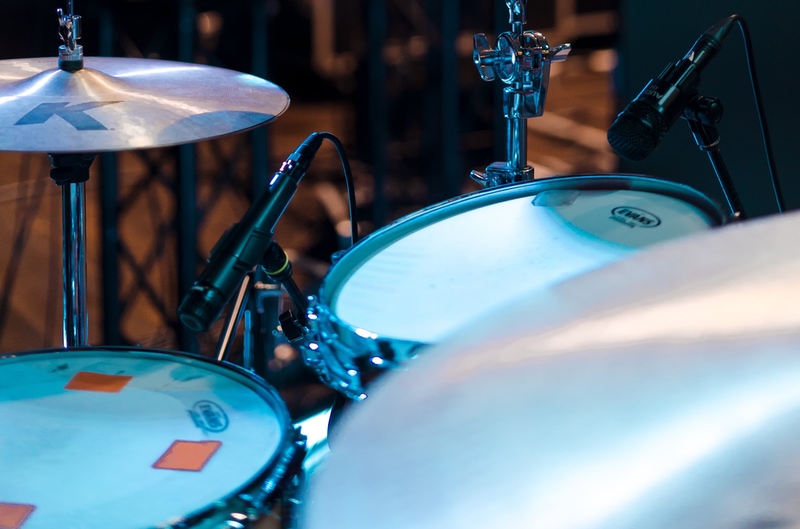 This one’s less common, but you can also use vocoders for drums.

This is especially interesting on live drums. It adds a weird, artificial flavor to the sound.

Try turning up the shift LFO to keep your listeners guessing!

Change the Attack and Release Times

No matter what kind of sound you’re working with, consider changing up the attack and release times.

You can get some cool, glitchy sounds if you set the attack slow and the release fast. Or you can turn anything into a spacey pad by turning up the release time.