If you want to produce and mix tracks that sound professional, you have to know the difference between mono and stereo. Full stop.

So I’ll be defining them and talking about when (and when not) to use each.

But if you just want to learn about being a Bitcrushers specifically, keep reading.

Mono (AKA monaural or monophonic sound) refers to the number of channels involved, whether it’s an input or output.

“Mono” means one or single. So recording or mixing in mono (more on that later) means you use one channel or one input at a time.

So when you listen to music in mono, it’s intended to sound like a single sound source coming from one spot. 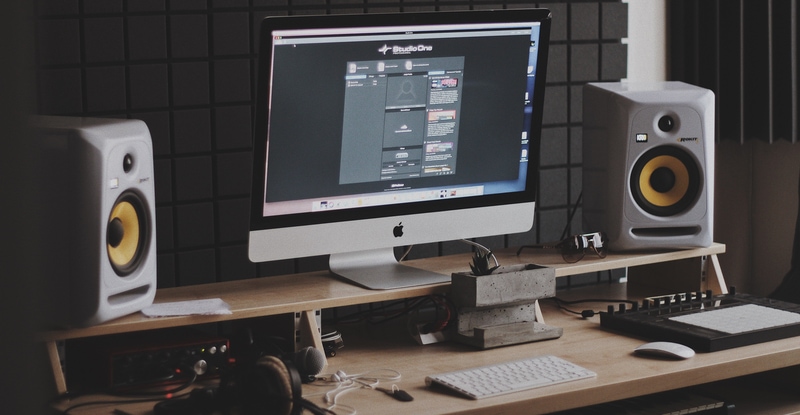 Stereo (AKA stereophonic sound) is when you have more than one channel of output and/or input.

Stereo sound allows you to create music you can perceive as deeper and wider, whether you’re recording or mixing.

If you record in mono, that means you use one microphone at a time on one channel.

But you can still get a wider, stereo effect on something you’ve recorded in mono. You can record in mono but record the same part twice on two separate tracks, then pan them left and right.

You can also duplicate your mono track for the same effect. But consider altering the second track somehow so it doesn’t sound like it’s a duplicate.

Instruments like acoustic guitar, live drums, and any ensemble are typically recorded stereo. Then you pan the tracks left and right to varying degrees.

When you play back a stereo recording, you can hear the panning adjustments because you have the left and right ears.

But when you play back a mono recording, you hear it in “dual-mono,” which is when you hear audio in the left and right ears equally, whether or not it was recorded in mono.

So a song played in mono will be narrowed and sound like it’s coming at you from between the speakers.

Why Mix in Mono? 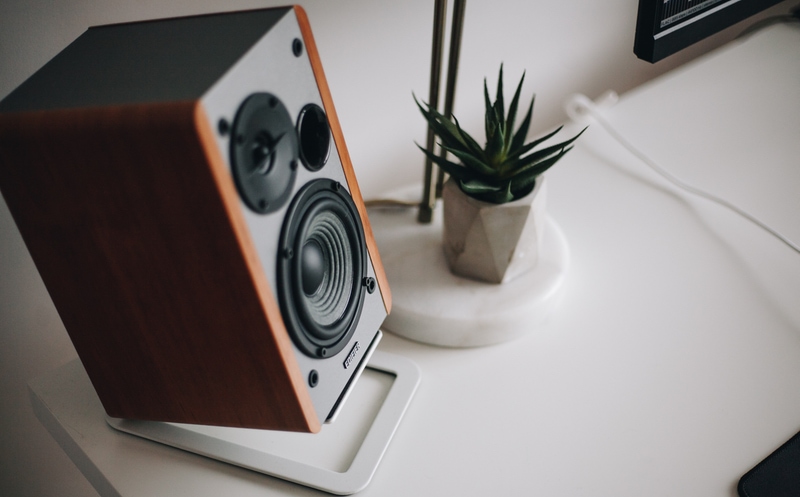 If you’re new to mixing music, mixing in mono is a thing you may not have heard of. And it’s a very important thing.

You should mix in mono before you add any EQ, compression, or other plugins. And you should do this with every mix if you want an industry-standard track.

And your DAW will have a mono button, possibly on or near the master track. Just hit that and start mixing!

Why would you mix in mono when stereo sounds so much better?

Well, here are some reasons to mix in mono…

Your mix will translate better to other sound sources 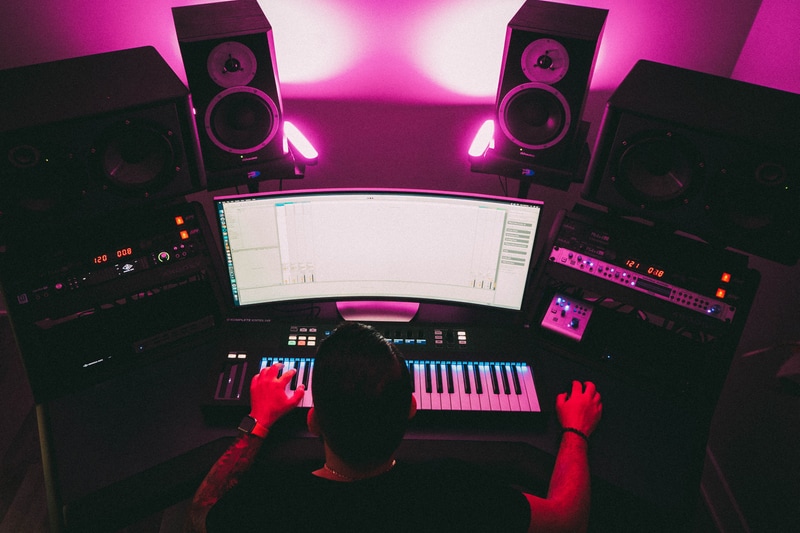 You can probably relate to this…

You spend a bunch of time mixing your song. It’s sounding really great on your monitors and headphones.

Then you take it out to your car or play it on your Bluetooth speaker. And it sounds terrible.

One cause of that could be that you were mixing in stereo instead of mono.

When you listen to music in your car, you’re closer to one speaker than the other, so you get more of a mono sound. And even if your Bluetooth speaker is stereo, you’ll perceive it as mono by the time the sound gets to your ears.

By mixing in mono, you’re ensuring the track will sound good no matter where you listen to it.

Your mix will be more balanced

Your mix might sound great in stereo but muddy in mono. That means your mix isn’t balanced.

When everything is narrowed to the middle instead of spread across the left and right ears, you get a better idea of volume levels.

You can hear when certain elements are overwhelming the mix and need to come down.

In the end, mono mixing will make everything more balanced.

If you have any phasing issues, listening to your track in mono will highlight them. And you won’t necessarily hear those in stereo.

And phasing problems can ruin your mix.

Your mix will sound better when it’s in stereo

If you mix your track in the worst-case scenario (mono), your mix will sound even better when you switch it to stereo.

If you can get your mix to sound amazing in mono, think of how good it will sound in stereo.

What is Stereo Expansion and Should You Use It?

You can get a wider mix using the advantages of both stereo and mono elements.

In addition to mixing in mono, here are some ways to implement stereo expansion or stereo widening…

The presence zone is the frequency range the human ear perceives best. It’s between 2.5kHz and 5kHz. 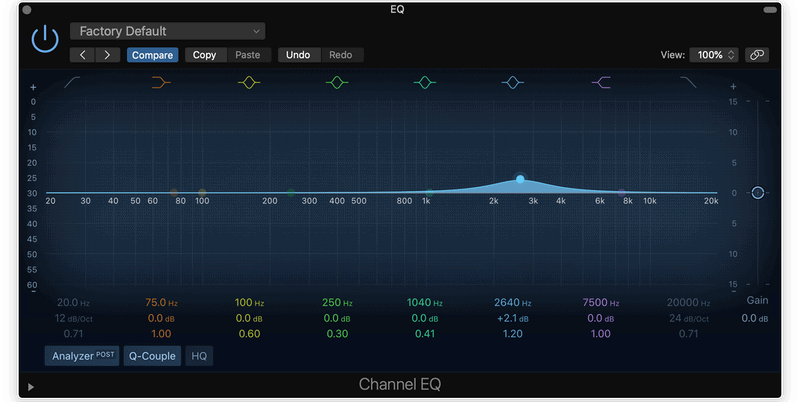 When you’re mixing in mono, you’ll notice focusing on the presence zone can improve your mix. Just don’t overdo it or your mix will actually sound too narrow.

Reverb can make a mix sound wider in stereo and bigger in mono. 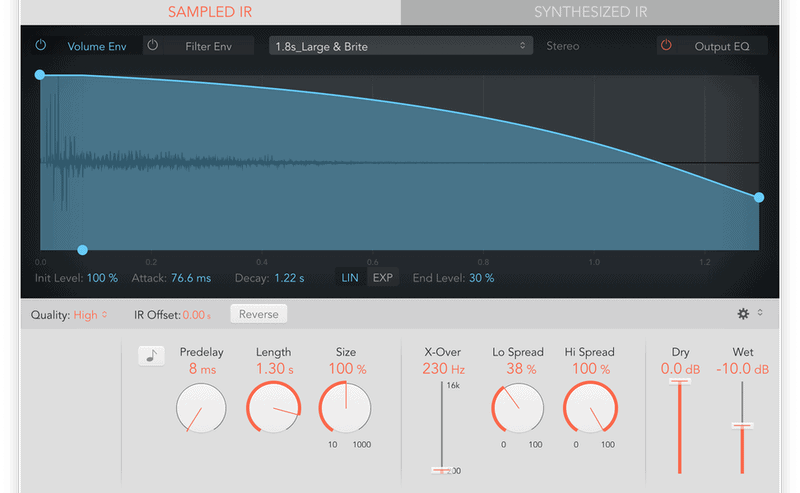 In terms of the stereo image, reverb adds depth to the mix. It makes the track breathe better and creates room for every instrument.

Hall reverb is a good place to start, but there are so many types you can try. It’s all about what fits your song.

Whatever you use, try starting with a short decay. It will give you a more subtle delay, which helps widen and deepen your mix without it taking over the sound.

Panning is the best way to add width and depth to your mix. And if you’re mixing in mono, you’ll notice panning an instrument moves it to the background.

Here are some general rules for panning:

Record yourself singing or playing the same part more than once. Or duplicate a track then alter it so it sounds different from the original.

This is called double-tracking.

Pan the tracks left and right for a fuller sound, whether you’re in stereo or mono.

The Haas Effect is when you use delay to make your track sound wider.

Here’s how to implement it:

This makes it sound like one instrument that’s super wide. It will sound more like spaciousness than delay.

We need both mono and stereo in both the recording and mixing stages.

Mono recording is perfect for vocals and can work on other instruments. Stereo recording works well on acoustic guitar and even drums.

Mono mixing helps you end up with a track that sounds good everywhere. And stereo mixing shows you the beautiful stereo landscape you’ve created.

Use both. Your mixes will sound more professional.