Walk into any professional recording studio and you’ll probably see a Shure SM57.

In fact, I can almost guarantee the studio owns at least one SM57.

But why? What makes this microphone commonplace in the recording world?

Let’s look at its quality, how to use it, how to modify it (optional), and if it’s even worth buying at all…

But if you want to learn about the Shure SM57 specifically, keep reading. 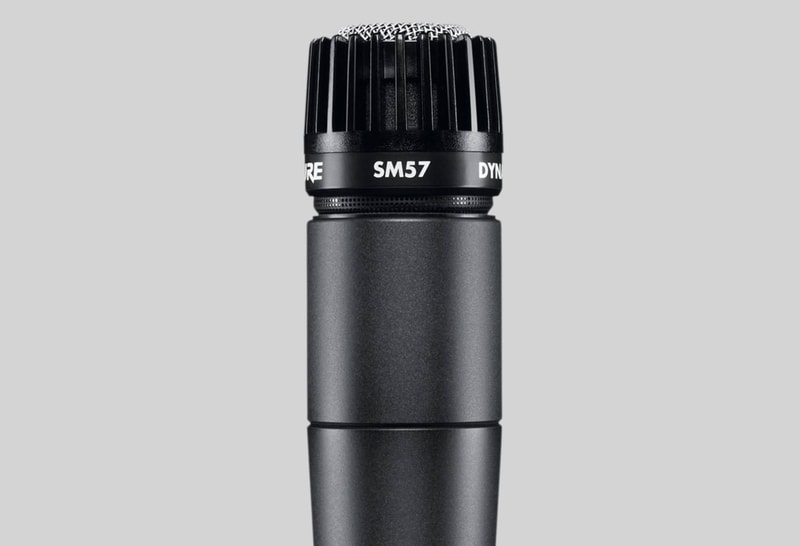 Let’s first look at the sound quality, cost, and specifications of the SM57.

On the reputable audio engineer forum Gearslutz, it has an overall rating of 4.15 stars out of 5, with 48 reviews (as of this writing). 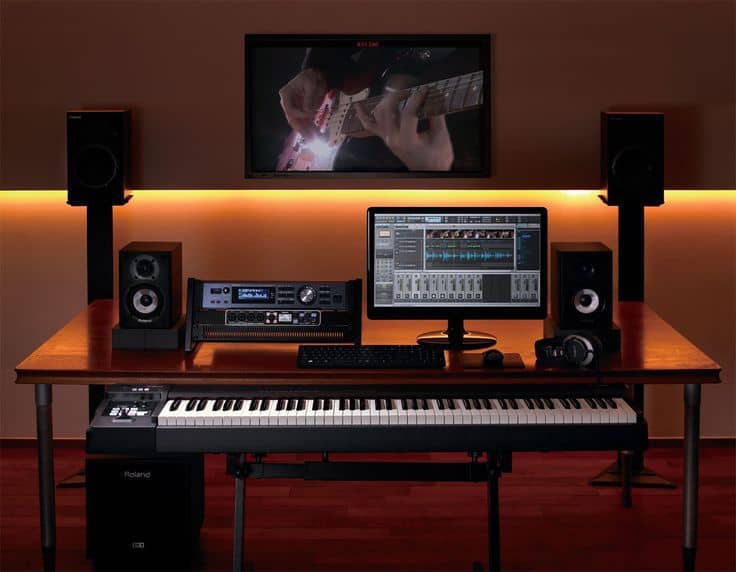 Shure made the SM57 so it was versatile and able to handle most sound sources.

Engineers in online forums use this well-known phrase to describe it. Jack-of-all-trades, master of none.

Some mics are good for only a specific instrument. The SM57 does well on most of them.

It can handle loud sound sources because it’s a dynamic mic. Yet it can still pick up the nuances of quieter instruments with the proper mic placement.

On some instruments, like acoustic guitar, it can sound warm. On others, like hi-hats, you’ll get more top end.

Granted, it’s not immune to the proximity effect. Which is when the audio quality is diminished if a low note of a sound source is too close.

But as long as you keep it 6–12 inches away (depending on the sound source), you can capture high-quality sounds.

Plus, this mic is super durable, just likes its sibling the SM58. The SM57 can take a beating and still sound just as good as it did out of the box. 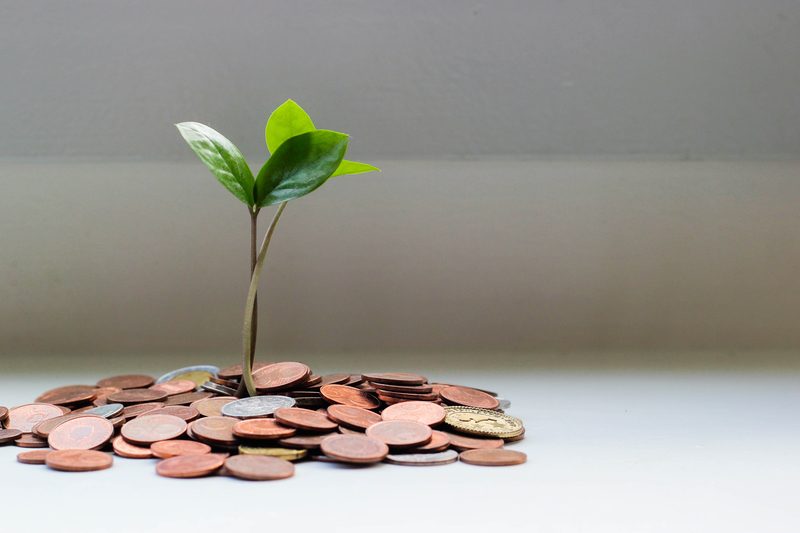 The SM57 is just under $100. And that’s a great deal for the quality, versatility, and reliability you get with this mic.

That price point fits the budget of most home producers. And the quality matches what you’d hear in a pro-level studio.

Here are the SM57 specs you’ll need to know:

The Best Way to Use the Shure SM57

What is Shure SM57 used for?

You can use it on a lot of things. But here are the instruments it sounds best on and the mic placement for each.

Using an SM57, or any dynamic mic, on an acoustic guitar will give you a warm sound.

You will have to place it closer to the guitar than you would a condenser microphone because it’s not as sensitive. Try pointing it at the twelfth fret about eight inches away and adjust from there.

If you want a warmer, bassier sound, point it halfway between the bridge and butt of the guitar.

Because it’s a dynamic mic, this may lead to a sound that’s too muddy. So keep an ear out for that. 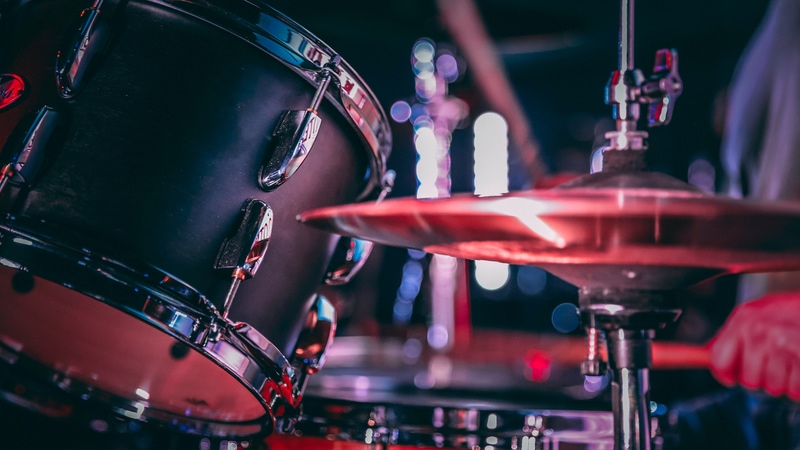 Many engineers opt to use a small condenser mic on hi-hats, but the SM57 does just fine too. As a dynamic mic, it can handle the loud, harsh sounds of hi-hats.

Place the mic about three inches above the hi-hats. Feel free to move it further away if you’re running into the proximity effect.

If the hi-hats sound dull, the mic is too close.

Also, don’t place the mic where the hi-hats come together. Air pressure from the closing of the hats can hit the mic capsule and cause a strange sound.

Sound On Sound contributor Mike Senior says the SM57 is a good option for snares.

When miking a snare with an SM57, place it four inches away from the edge of the drum and aim it at the center of the head.

This will give you the best sound and also avoids the drummer accidentally hitting the mic. However, even if that does happen, the SM57 is super durable and probably won’t get damaged.

This obviously isn’t exact math. It can change depending on your snare drum, the room you’re in, and the sound you want for the song.

If you want more ambiance and room sound, move the mic further away from the snare. For more low end, move it closer.

Senior also said that, if possible, it’s better to use a mic underneath the snare as well. This will give the drum a fuller sound.

You can mic your kick drum in many different ways, but there are two options that can work well with an SM57.

First, you can point the mic directly at the audience side of the drumhead about 2–3 inches away.

This will give you a nice boomy sound. And if it’s picking up too much low end, you can move it a couple of inches away.

The second option is to use a boom mic stand. Put the mic inside the drumhead cutout on the audience side of the skin.

Move it toward the drummer side of the skin until it’s not quite halfway inside the drum. This will give you more of a clicking sound.

And if you need more top end, point it more towards the beater. For more mid-range frequencies, point it away from the beater. 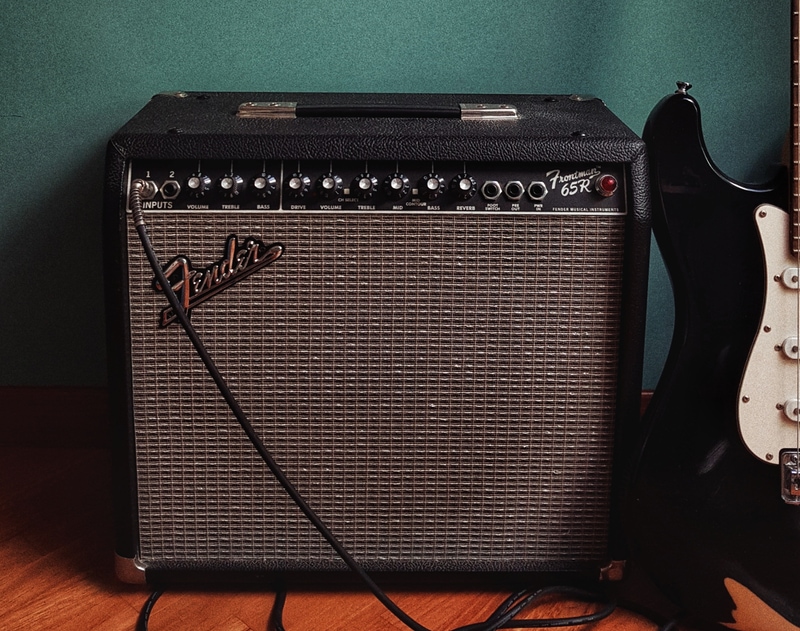 You can mic a guitar amp many ways, but we’ll just look at miking it from the front.

From the front, you can point the mic toward the center of the amp about an inch or so away. This will capture a bright and clear sound.

If you angle the mic away from the center, you’ll end up with a warmer sound.

And as with any other instrument, the closer the mic is, the more low end you’ll get. And the further away you move it, the more room sound comes into play.

Condenser mics are typically better for vocals. But the SM57 can capture them well too.

I should mention, the SM57 and SM58 have the exact same capsule. But the SM58 has a metal grill, while the SM57 does not. This metal grill serves as a pop filter, so some people prefer it for vocals.

However, the SM57 is great for loud singers. So if you’re recording loud rock or rap, it can be just the thing you need.

Is the Shure SM57 Worth Buying?

If you’ll be miking one of the instruments we covered above, then yes, the SM57 is worth the $100.

The bang-for-your-buck factor is so good, it’s impossible to ignore. Plus, it won’t pick up much background noise, which is common in home studios.

Basically, you can get a pro-quality mic for a very reasonable price.

It’s not the first mic choice for these instruments. It can still be a solid supplemental mic to have on hand if you want options.

What About Shure SM57 Modifications?

A modification means you do minor surgery on a piece of equipment to change the sound.

This can be a fun experiment if you have the budget for a new SM57, in case the modification goes south.

There’s a modification you can do to a Shure SM57 that will bring out more low end. This is according to highly respected producer and engineer Terry Manning.

He said performing this modification will cause the mic to lose about 10 dB. But he said if you use the Rode D-PowerPlug with the XLR connector, you’ll get back 10–15 dB.

If you’re more of a visual learner, this video clearly shows you how to perform this modification:

You can also replace the transformer of the SM57. Or just remove it altogether, as audio engineer Randy Coppinger did.

This will also result in a loss of dB but can then handle much louder sound sources.

WARNING: if you try to modify your SM57, understand it could ruin your mic if you do it wrong. This is for experimental purposes only.

Just to make sure you don’t leave this post with any questions, here are the most common ones people ask.

No. Because it’s a dynamic mic, it does not require phantom power.

Technically, you can leave phantom power active while using an SM57. However, it’s not necessary, and just to be safe, it’s best to turn off phantom power beforehand.

The SM57 and SM58 are essentially the same microphones, as they have the exact same capsule. The difference is that the SM58 has a metal grill while the SM57 does not.

Is the Shure SM57 good for vocals?

Yes. As covered above, it can work very well on loud singers. But if you’re looking for a vocal mic, you may want to look at a condenser microphone first.

Now, if you already own an SM57, you can get a good vocal sound with it.

The SM57 is a dynamic microphone, which means it’s not as sensitive as a condenser microphone. This is good news if you’re recording louder sound sources.

But you may notice you’ll have to turn up the gain on your interface more than you’re used to in order to get a loud enough recording.

Overall, the SM57 is a solid choice if you need a dynamic mic for your home studio.