FREE MASTERCLASS
Last updated on May 25, 2021 by Drew Swisher

Want to make sure your music sounds terrific on Spotify?

Today you’ll learn how Spotify adjusts the volume of your songs. And what you can do to make sure they still sound amazing afterward.

But if you want to learn about Spotify LUFS specifically, keep reading.

Right Off the Bat, Let Me Just Give You the Answer

The rest of this article will give you more detailed information. But if you’re in the middle of mastering, here’s what you need to know.

Spotify normalizes songs to about −14 LUFS. But most songs are louder than that.

It doesn’t matter how loud your mastered tracks are. As long as they aren’t overprocessed.

They also shouldn’t be much quieter than −14 LUFS.

You should leave at least 1 dB of headroom. Though Spotify recommends mastering louder tracks to −2 dB true peak. 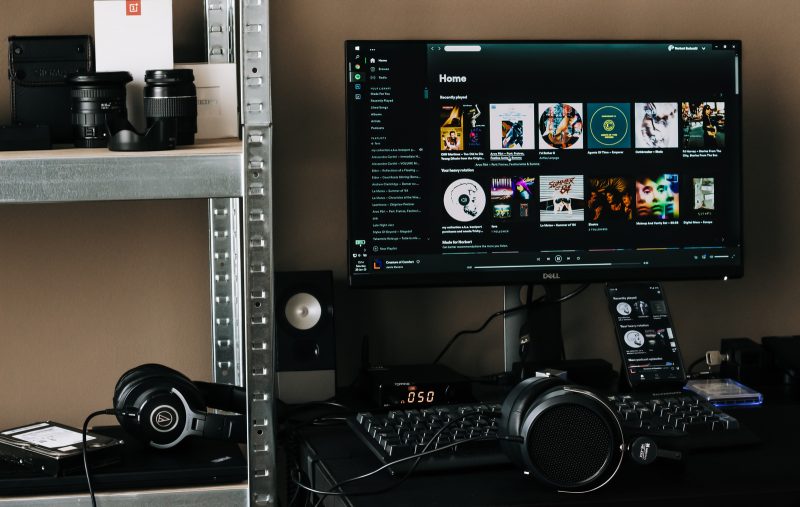 Picture this: you’re listening to a playlist with some of your favorite music. As a quiet ballad fades out, the next track’s overdriven bass kicks in, grinding your ears to dust.

To avoid damaging listeners’ ears, platforms like Spotify make sure every song sounds roughly the same. A process called normalization automatically turns tracks up or down.

By default, Spotify plays every track at roughly −14 integrated LUFS.

If someone is streaming an album, the full album is normalized to −14 integrated LUFS. That way, intentional dynamic changes between songs are preserved.

Users can change the normalization algorithm if they want, turning tracks up to −11 LUFS or down to −23.

But most people leave these settings alone. So you’re better off focusing on the default loudness. 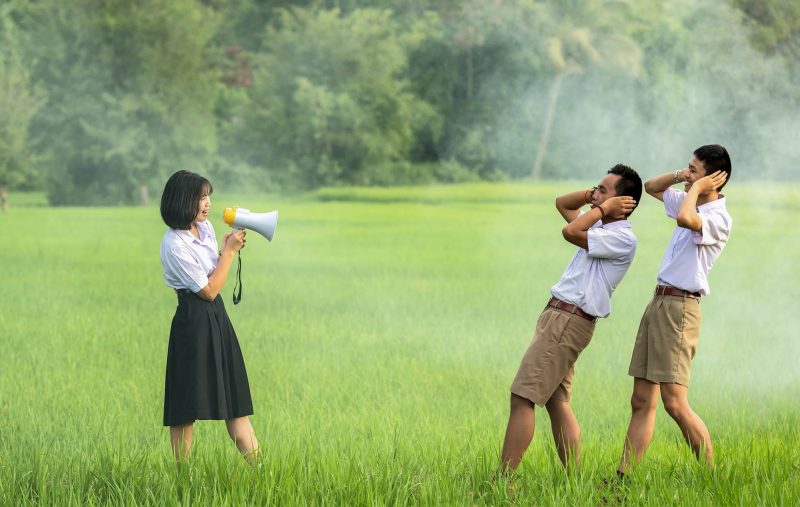 There’s a difference between how loud a song is and how loud it sounds. If you play two songs at the same exact volume, one could still sound louder than the other.

If you want to see how loud your song will seem to listeners, you’ll want to use LUFS.

There are two ways to measure LUFS: short-term LUFS and integrated LUFS.

Integrated LUFS take an average of the entire song. This’ll give you a decent idea of how loud the song is in general.

Are you really concerned about your track’s loudness? Short-term LUFS are probably more useful.

How Will Spotify’s Normalization Affect Your Song? 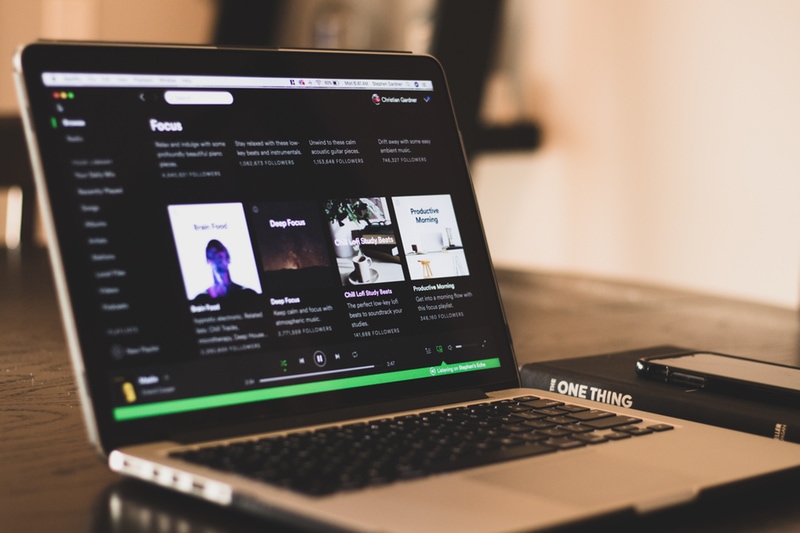 Here’s the deal. When music is louder, our brains are wired to automatically think it sounds better.

So when mixing or mastering at a loud level, you might not notice some issues.

You might even add plugins that turn things up without realizing. This can really mess up your mix balance.

Spotify doesn’t add limiting or compression to loud tracks. It’s not Spotify’s fault if a song sounds worse after the volume is reduced.

However, Spotify does add limiting to quiet songs when turning them up. This makes sure they don’t clip but sacrifices dynamic range.

How Loud Should Your Music Be? 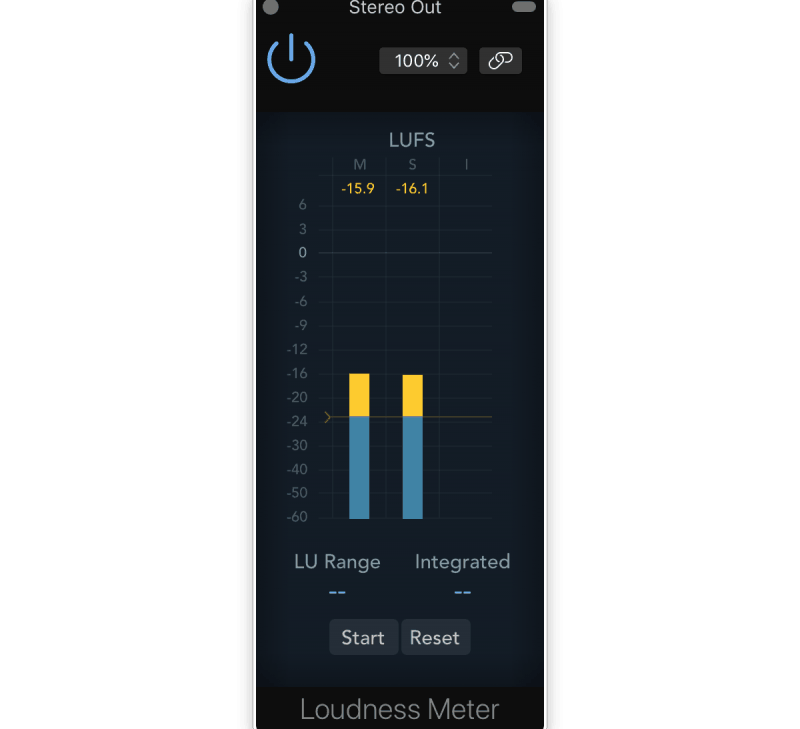 So how loud should your music be? Since Spotify normalizes it to −14 integrated LUFS, shouldn’t your final masters be that loud?

The whole point of normalization is to make sure listeners don’t have to constantly change their volume. It’s not a magic number that will make your song sound its best.

Most mastering engineers still master tracks much louder. If you want to compete with the pros, your best bet is to shoot higher than −14 LUFS.

But tons of pop songs are mastered as loud as −5 LUFS or higher.

The point is, the number doesn’t matter that much.

You should mostly be focusing on making the song sound great. As long as you aren’t overprocessing the track (or making it way too quiet), you should be fine.

Use a site like Loudness Penalty to check how it will sound on Spotify.

If your tracks sound flatter and more lifeless than before, you may want to change the loudness.

There are plenty of LUFS meters that will measure the loudness of your tracks. 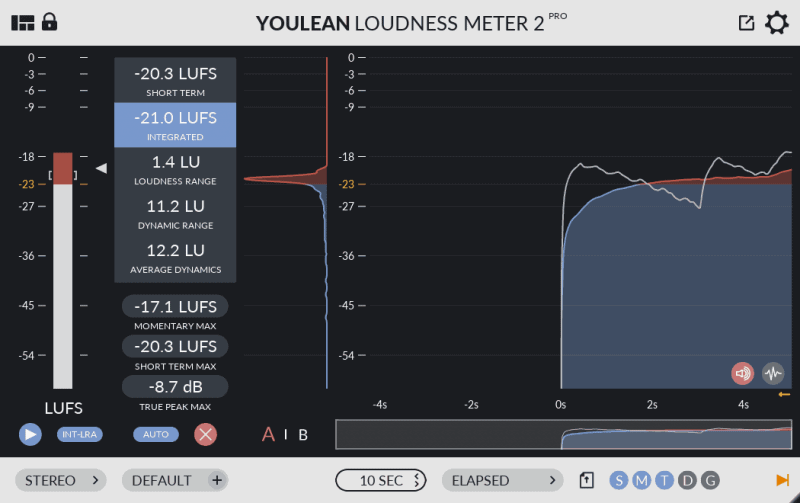 Youlean Loudness Meter is a free plugin that measures everything you need for a great master.

Common Mistakes when Mixing and Mastering for Spotify

Sure, Spotify normalizes everything to the same loudness level. But some songs still feel bigger and more exciting than others.

Let’s take a look at some common issues that can make your final track sound thin and lifeless on Spotify. 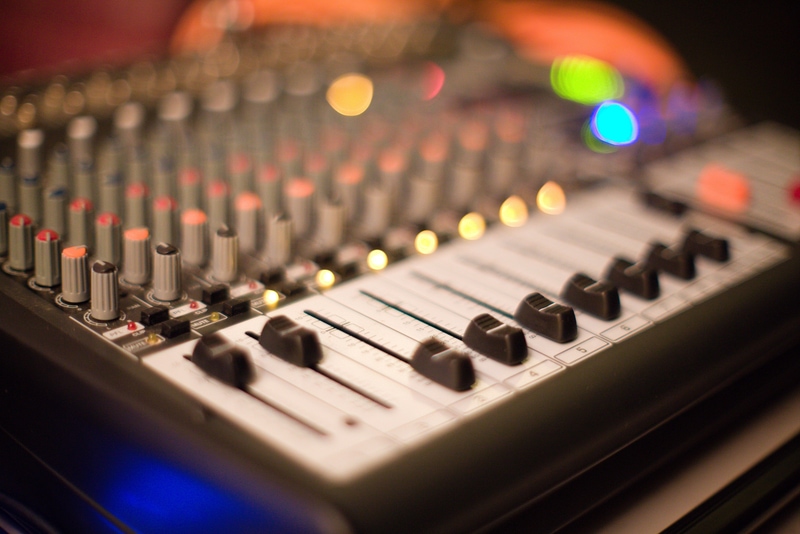 When a song is loud, it’s easy to overlook problems with the mix’s balance.

The bass might sound awesome when everything’s turned up. But then it disappears when played at lower volume.

Mixing in mono is a common tactic for getting a killer mix balance.

You’ll also want to make sure you’re gain staging as you mix. It’s easy for an instrument’s volume to gradually creep higher and higher.

While mixing, don’t listen too loudly. If you’re in a professional studio, you may want to mix at 85 dB SPL.

But that’s often way too loud in smaller rooms. If you mix out of a bedroom, keep it around 70 dB SPL. 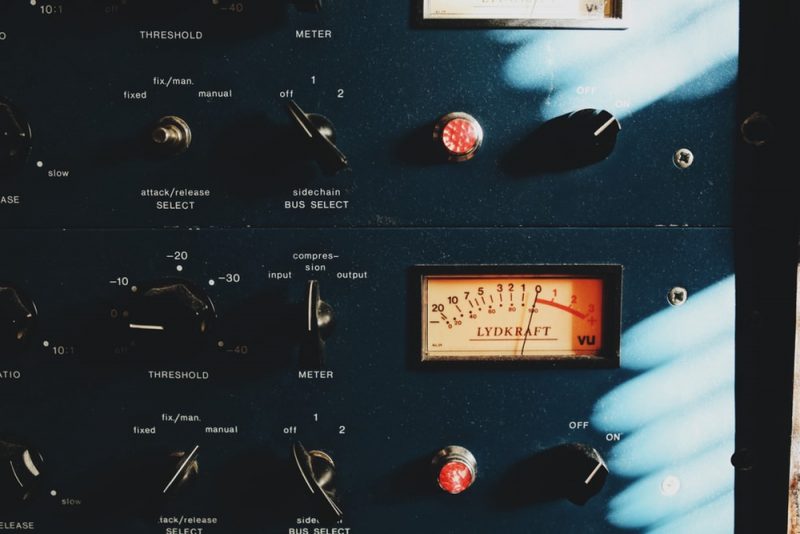 Over-compression is a super common problem. It kills tons of mixes that would otherwise sound great.

One of the most obvious signs of over-compression is pumping. If the volume of your track is fading in and out, you may want to dial down the compression.

Some engineers use pumping creatively, especially on rock tracks. But if you aren’t doing it on purpose, you should avoid it.

Check out this video. It shows how overprocessing can kill your transients and lead to a weaker mix or master.

Want to make sure your music sounds terrific on Spotify? Today you’ll learn how Spotify adjusts the volume of your songs. And what you can do to make sure they still sound amazing afterward. But if you want to learn about Spotify LUFS specifically, keep reading.   Right Off the Bat, Let Me Just

How can you avoid these issues? Parallel compression and using multiple compressors in series.

Many mastering engineers will use multiple limiters.

One will typically have a fast attack and release to shave off any transients that are too loud. This is usually used subtly, as you don’t want to crush the dynamics.

Make sure to cut out unnecessary low end from your final mix.

If an instrument isn’t supposed to have much bass, use a high-pass filter to cut it out.

Tons of instruments have sub-frequency rumble. It’s barely audible to humans but still adds to the overall volume.

You can also use mid-side EQ to remove sub-frequency content from the sides. This can help you avoid overwhelming subs and boost your song’s clarity.

Humans can only hear up to 20 kHz. But many songs have frequency content above that.

You might want to filter out those higher frequencies.

But even though we can’t hear those frequencies, there’s reason to believe people can feel them.

Tons of instruments (like violins, oboes, trumpets, and cymbals) have harmonics above 80 kHz. And some of these harmonics may be important.

Here’s what I do: I filter inaudible high frequencies out of bass and mid-heavy instruments. But I usually leave instruments with really high harmonics intact.

That way, I get the potential impact from upper harmonics. Without cluttering things up with unnecessary noise.

Don’t let Spotify’s normalization get you down!

Avoid the common pitfalls that plague music on the platform. And make sure your music sounds great at any volume.