Audio Test Kitchen will allow you to hear how tons of different mics sound. That way, you can make an informed decision about which ones are for you.

But Gear isn’t Everything

Even if you have all the right software and tools, your music could still sound amateur.

But if you just want to learn about Microphones specifically, keep reading.

Finding the right microphone for the job is no easy task.

Each and every microphone has its own unique sound. The way a microphone colors your sound can make or break a recording.

That’s why some microphones are beloved on vocals, while others are famous for bass. And it’s a producer’s job to know which mics sound good on what.

I can say from personal experience this can take years to figure out.

I learned through trial and error in various studios. I compared different microphones to figure out what they were doing.

But you don’t have to waste years like I did.

You can get an encyclopedic knowledge of studio mics without spending a dime.

Audio Test Kitchen is a free website that lets you compare different microphones.

With over 300 microphones in its arsenal, you can preview tons of microphones that the pros use every day.

It would take years (and hundreds of thousands of dollars) to compare these mics in real life.

Not to mention most mic shootouts aren’t very scientific. If you aren’t careful, other variables could color your perception.

Fortunately, Audio Test Kitchen has done all this hard work for us!

They’ve worked tirelessly at several major studios to make sure the characteristics of each mic are the only differences you’re hearing.

How Does It Work?

Never waste your money on unnecessary mics again! Audio Test Kitchen will allow you to hear how tons of different mics sound. That way, you can make an informed decision about which ones are for you. But if you just want to learn about Microphones specifically, keep reading.   The Problem Findi

Just select the microphones you want to test.

Choose a song to listen to.

And decide which instruments you want to hear. 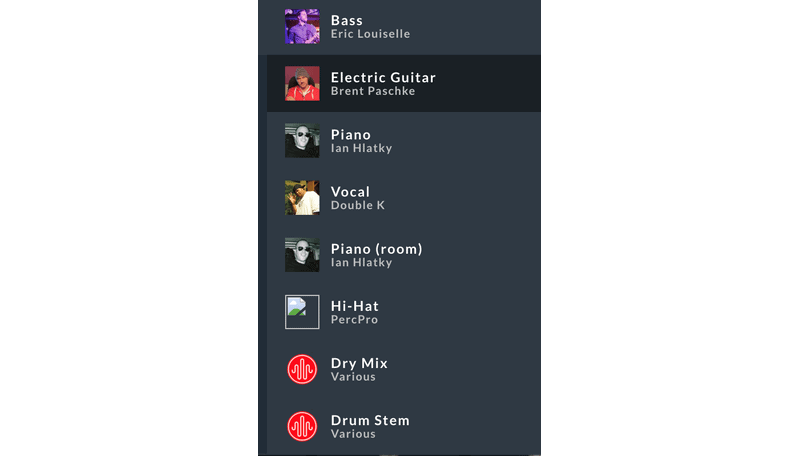 As you switch from mic to mic, the recording you’re listening to will change accordingly. So I can listen to the same guitar performance recorded through a U47, as well as a C414.

Want to switch out mics? That’s easy! Just drag and drop the new mic on top of the one you want to replace.

The new one will load instantly.

One of the coolest features is ATK’s “blind mode.”

Blind mode covers up the microphones’ names and images. You can switch between mics without knowing which one you’re listening to.

This removes personal bias, allowing you to judge each mic by its sound, not by its price or reputation.

The best way to use blind mode is to combine it with the notes feature.

You can type in notes for each mic. Once you switch out of blind mode, you can check those notes to see what you thought of each one.

Let’s take a look at some of the extra features Audio Test Kitchen comes with.

You can loop a section of the song by clicking and dragging on the waveform.

This really comes in handy when comparing different mics. You can compare how the same verse sounds on an AKG P420 versus a Rode NT1-A.

Like a mic? Save it to your cabinet so you can remember it later.

Just hover over the ellipses beneath a mic and click “cabinet.” Or you can press C.

The cabinet’s also handy for storing mics you want to try later.

Every mic comes with a measurement of its frequency spectrum. 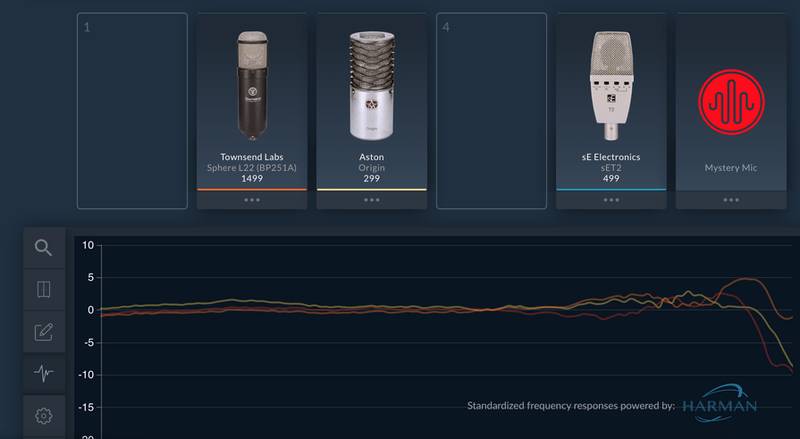 These measurements were taken independently by Audio Test Kitchen.

Rather than using the measurements provided by each manufacturer, Audio Test Kitchen has taken their own.

So you can get a solid visual on what you’re hearing.

Know Exactly What You’re Getting

ATK has added a few more features to make sure you pick the right mic. Once you’ve selected a mic, you can click the Spotify logo beneath its picture.

They’ve also added an unboxing video for each mic. That way you’ll know exactly what to expect if you order one.

How Did They Do It?

What do I find most impressive about Audio Test Kitchen? Their dedication to making this tool as useful as it can possibly be.

They used robots to perform the drum parts so they could make sure each performance was exactly the same. How cool is that?

For other instruments, they had performers record the part.

They took those recordings into an anechoic chamber. Then they re-amped them to record through additional microphones.

They used lasers to create a three-dimensional target, as well as robotic mic stands. This way, they could ensure each mic’s element was placed in the exact same spot.

What if they discovered the sound was being colored by something other than the mics? They’d scrap the work and try it again.

Worried About the Signal Chain?

The gear used to record and mix instruments will naturally shape the tone.

That’s why ATK documented the signal chain they’ve used. You get a complete understanding of how these recordings have been processed.

Just select an instrument and click the “information” button next to the playhead.

This will pull up a complete rundown of how the sound was recorded and mixed.

Audio Test Kitchen is an impressive solution to an age-old problem.

Don’t guess which mics you should use or buy. ATK will make sure you know exactly what you’re getting beforehand.

You can Make Great Music at Home

You could have all the right gear still end up with music that sounds amateur if you’re missing a crucial step.

The 5 Best Earplugs for Musicians in 2020

The 3 Types of Microphones You NEED to Know