We’ve all heard stories of incredible songs that were written in a single day, or even under an hour. Maybe we’ve written a song or two like that ourselves.

But keeping it up is a tough trick to pull! A single song can take months. Eventually we end up with countless incomplete demos and nothing to show for them.

To help cut down on the time it takes to finish a song, here are 7 quick tips you can use to speed up your writing process.

But if you just want to learn all about Speeding Up Your Songwriting specifically, keep reading. 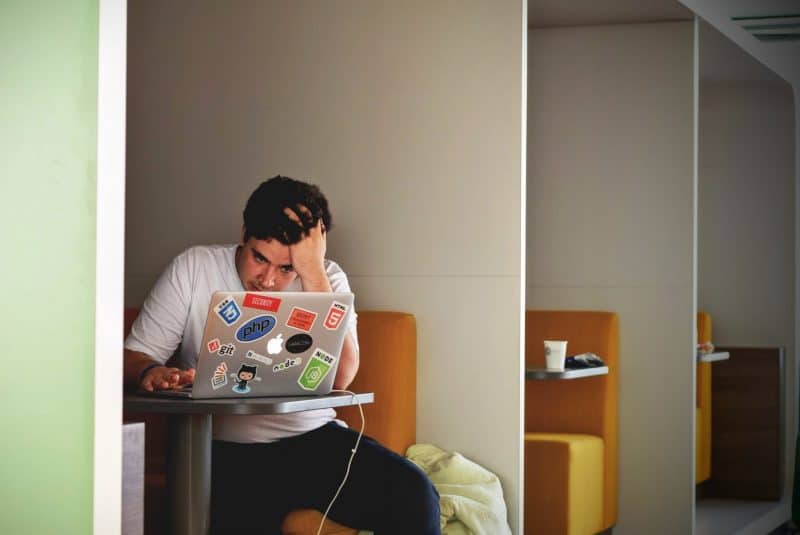 Many songwriters think they can only write when a song is already on the tip of their tongues. Inspiration can be a big help, but if you’re only writing when you’re inspired, you aren’t getting the practice you need to write faster.

Thinking creatively is a lot like playing an instrument. It takes practice, but the more you do it the easier it is.

This is why it’s important to write often. I’m not of the opinion that you must make music every day or you will fail. But you should be writing songs on a regular basis.

It’s a lot like the way your fingers get used to the shape of a chord. The more you play it, the faster you can reproduce it.

The same is true for metaphors and melodies.

You don’t need to wait for inspiration to come to you. You need to teach your brain how to think creatively at any given moment.

So how can you practice thinking creatively?

Tip 2: Write to a Prompt 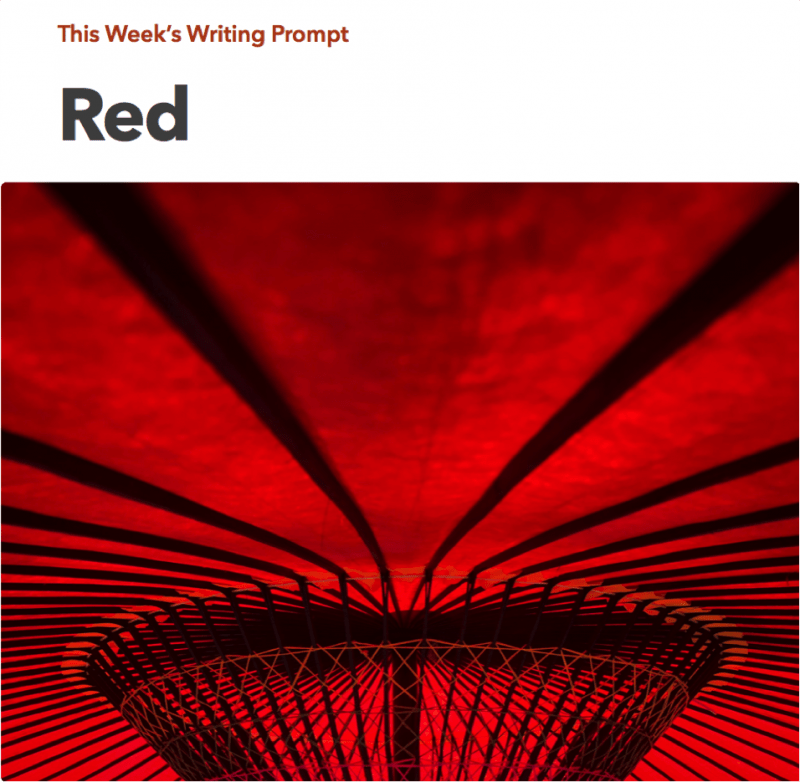 One of the best ways to practice creativity is to choose a simple, one word prompt. Nouns are often the best prompts, because they immediately bring to mind a lot of images.

By writing to a prompt, you challenge your brain to make connections. “Red.” Red like a sunset. I could write about the sunset in my hometown the night before I moved away.

It’s difficult to come up with a meaningful subject off the top of your head. But if you write frequently, and write to prompts you will quickly find yourself writing about thoughts and memories you didn’t even know you had.

For more information on how to practice creativity, I recommend ‘Becoming a Writer’ by Dorothea Brande. While it focuses more on writing novels, it is still a terrific resource for any songwriter.

This one goes hand in hand with the last two. Even if you write all the time, it won’t be much help if you never finish what you start.

A slew of the greatest writers (The Beatles, Prince, and Sia just to name a few) are known to have written hundreds, even thousands of songs. They are capable of crafting a hit in less than an hour.

They were able to develop this skill because they wrote frequently and focused on writing a finished song rather than writing a perfect song.

Though it can be tempting to put in day after day of effort making sure everything sounds just right, perfectionism is not your friend. Soon days become weeks, weeks become months, and you’ve given up on the song.

When you begin a song, pick a deadline in the near future and stick to it.

Have a couple hours each night to work on the song? Finish it by the end of the week.

The first songs you write in this defined short schedule won’t be perfect. In fact, you might actively hate them.

The important thing is that you now know you can write quickly. And as you keep doing so, you will get used to thinking creatively quicker.

With multiple songs completed, you can easily identify areas where your writing could improve.

For example, after listening through some old songs I realized I had a bad habit of using the same chord progressions. I began writing a new song each week in which I forced myself to try out new chords.

I ended up hating these songs, but by the time I was done with them, I was confident that I had a wider range of chords to work with. They may not have been good songs, but they were important stepping stones to writing new songs that I’m proud of.

NOTE: Be sure to check out our 11 top tips for finishing your songs:

I spent years writing songs that looked like THIS: 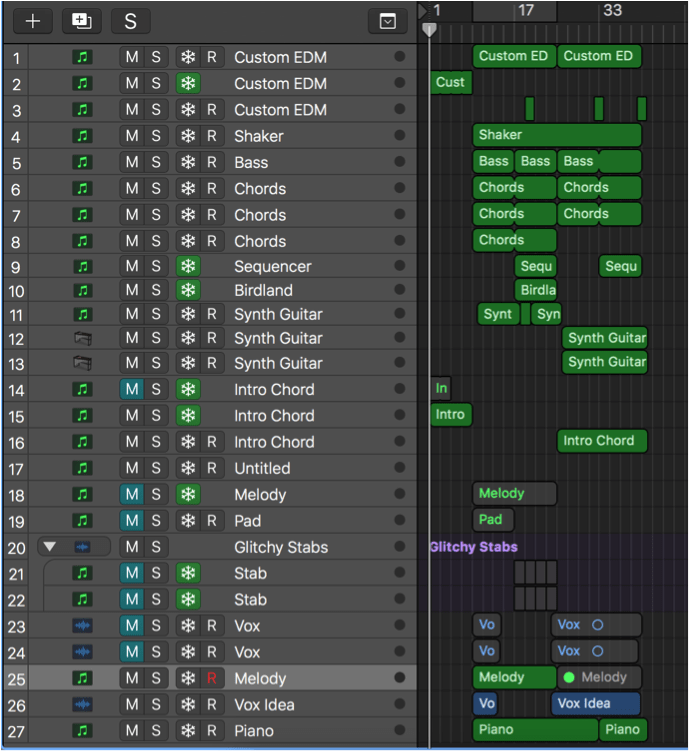 Is it a verse? Is it a chorus? I don’t know because I never got any further.

If you write 16 beautiful bars with every instrument you could possibly want in it, every idea you try for following sections will sound underwhelming by comparison.

To counter this problem, I stopped writing songs section by section and instead focused on writing the skeleton for the entire song first. By skeleton, I mean the bare bones of the song: the chords, rhythm, and melody.

A good recording typically has harmonies and countermelodies as well, but these aren’t crucial to writing the base song.

No more spending hours on an intro with no clue what it’s leading into. Write the entire song first and fill in the blanks later. 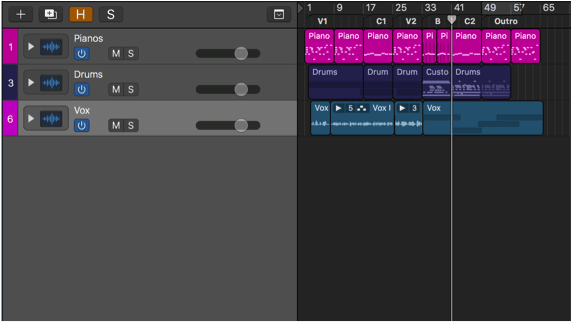 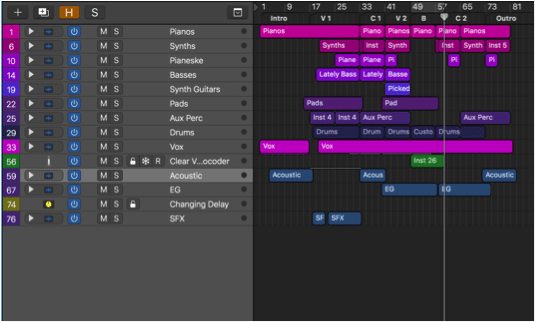 To speed up your writing process, focus on writing only the essentials. The rest can come after. 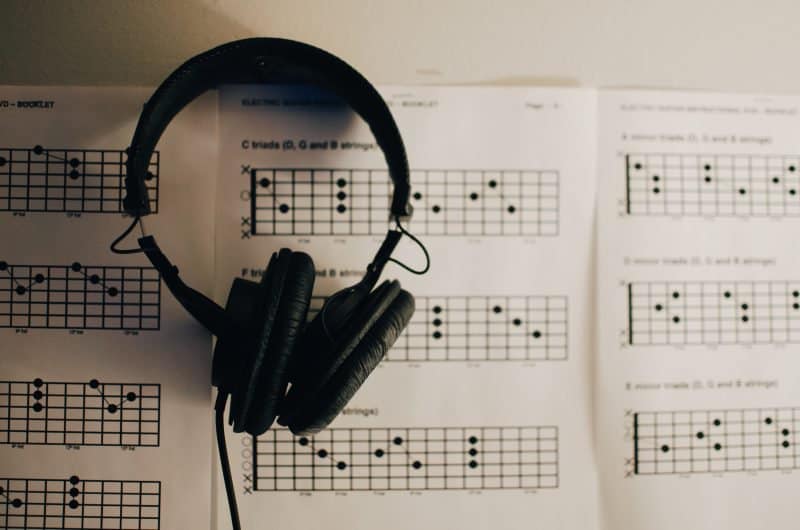 There’s a reason some progressions are used so often…

They sound good and they make us feel something!

Hook Theory is a great site that has written out the chord progressions from thousands of hit songs.

More than plenty of inspiration to get you going.

Additionally, it doesn’t need to be a hit song for it to be worth your time studying. Pull up one of your favorite songs, grab your instrument of choice and start figuring out what they’re playing.

Personally, I love jazz chords, so I like to look up old jazz standards to see what chords the writers employed.

If you’re concerned about sounding unoriginal, try adding 7ths and 9ths to some of these common chord progressions. It’s not a hard and fast rule, but it can add some unpredictability to your song.

New to reading chords as roman numerals? Here’s a video that will help explain what you’re looking at when using Hook Theory!

Templates are wonderful tools for saving time when writing in a DAW. Templates allow you to open a session that already has all of your favorite sounds and effects set up for you. You can get right to playing!

But loading up a massive file with tons of sounds right at your fingertips can be daunting. If you have 30 different instruments right in front of you, it’s hard to know where to start.

This is why I begin with small templates. I can save time on loading in sounds I know I will use, but I have restricted my pool of choices, meaning I spend less time auditioning sounds and more time writing.

When I say a small template, I mean a project with my favorite bass synth, a drum kit, 2-4 synths for melodies, and a piano for chords. These may not be the instruments I use in the final version, but they’re enough to get started.

Here’s what one of my general templates looks like: 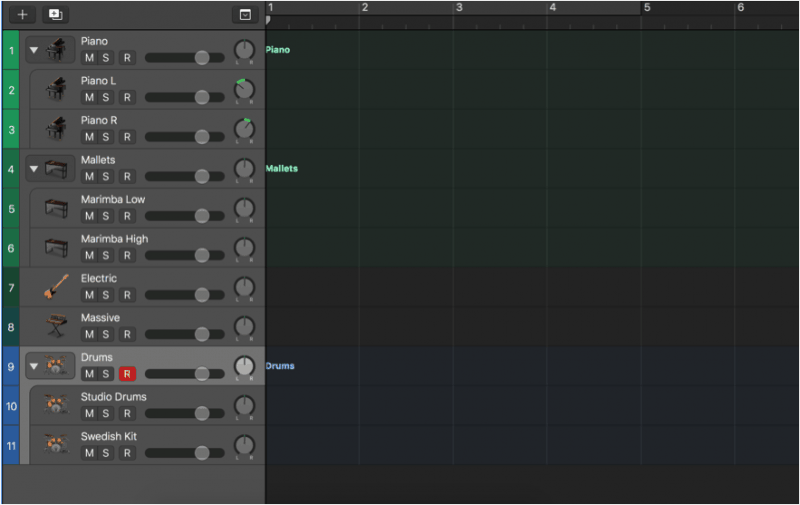 The point of the small template is not only to save time on setting up the session, but to challenge yourself to write within the limits of the sounds a template makes readily available.

It’s easy when writing in a DAW to get sucked down the rabbit hole of trying out different sounds, hoping to find one that best suits this song.

While it’s important to find the right sounds, it can wait until the song has been mostly written.

I can always swap out a snare sample that’s too heavy later. But I can’t get the initial inspiration for a song back if I wasted it listening to different kits. Sure I like that snare sound, but now I’ve forgotten the rhythm I had in mind for it in the first place!

If you are new to working with templates, this article goes into more detail about the uses of templates and this one will show you how to set up a template in a few of the popular DAWs.

Tip 7: Write for a Predetermined Amount of Time. 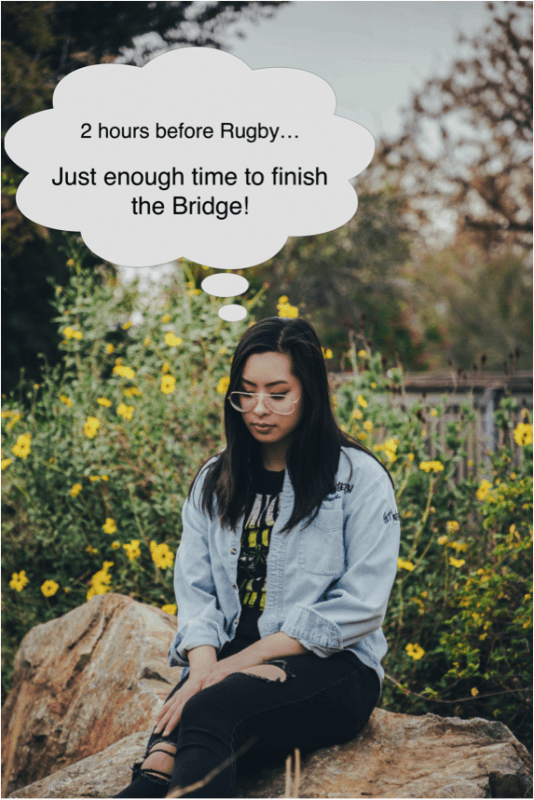 A wealth of research in neuroscience shows that people who work less often get more done.

Perhaps those of us in creative pursuits could learn a lesson from this research. After all, creative work is still work.

Of course this isn’t a magic formula for success. Less time spent working will not inherently improve your productivity. It’s a matter of working smarter instead of working harder.

Establishing a schedule for your writing is crucial to getting more done in a shorter span of time. I know, I know. I hate schedules too. Structure often feels antithetical to artistic self-expression. But some structure will help you express yourself faster and better.

I do my best work when I’ve determine how long I’m going to write for. Bonus points if I also establish what I want to accomplish in that time.

Don’t worry about small mistakes or things you know could be better, you only have an hour. You can edit it later if it doesn’t make sense, for now your only task is to write.

NOTE: Want to be a producer that ACTUALLY produces? Then watch this:

Conclusion: How to Write Songs Faster

By using these 7 tips, I hope you will find yourself writing songs faster.

5 comments on this article